The residential part of the farmstead (right) was built in 1723. At the original location, a brandy tavern is known to have existed in around 1770. The middle barn, added in about 1830/40, and a stable added even later were not translocated to the museum; like the basement, they had to be reconstructed in the Open Air Museum.

A public house took up the raised ground floor, and the upper floor featured private rooms and guest bedrooms. The building’s later owner, Adam Martin, a substantial farmer, extended the public house and had a dancefloor built into the upper floor of the neighbouring barn. In 1922, the barn was extended on its left gable side by a stable building, which also significantly enlarged the dancefloor. The public house was known in the 1950s as Martin’s Tavern, and it was furnished to represent this era, as is the case with the other buildings in the Northern Hesse Ensemble. Today it serves as one of the museum’s restaurants.

Apart from the restaurant with outdoor seating, the building contains exhibitions on the history of Remsfeld, on Martin’s Tavern and on brewing. The dancefloor is used for larger events as well. Opposite the restaurant there is a playground. Together with the Church from Kohlgrund and the Stable Barn from Asterode, Remsfeld’s Martin’s Tavern is a hub within the museum. In the summer months, simple dishes and drinks from northern Hesse are served, just as they would have been in the 1950s. 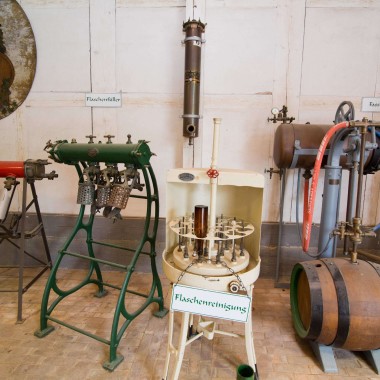 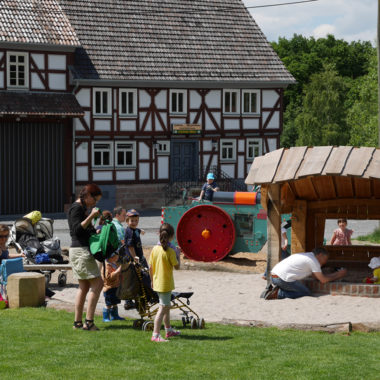