They were here. Jewish Country Life in Southern Hesse

The permanent exhibition, housed in the reconstructed Synagogue from Groß-Umstadt, gives a profound insight into the everyday life and celebrations of Jewish rural congregations after 1871. As an introduction, a selection of family histories are presented in an antechamber of the synagogue. They are evidence of how Jewish people made southern Hesse their home over the course of 150 years. Subsequently, the exhibition shows exhibits on five main topics in the former sanctuary: Jewish faith, Jewish daily life, Jewish working life, Jewish culture, and the emancipation and persecution of Jews.

Five large modules are arranged like the rows of benches to be found in historic synagogues. They serve as knowledge stores and contain a wide variety of documents. Again and again, we come across the men, women and children who we first met in the introduction of families and their histories in the antechamber. By listening to stories, by browsing through the documentation showcases, and by looking at the exhibits, visitors gain deeper insights into Jewish life in rural communities. Everything the curators were able to find out about the families introduced at the beginning is presented here: photographs, letters, drawings, stories, and books.

This immersion into the experience of history and into personal fate is possible thanks to the descendants of the families introduced. Today, they live in England, France, the United States, and Brazil. Their parents and grandparents managed to flee from Nazi Germany. Some of them escaped persecution and the Holocaust by themselves as young children, separated from their parents. In 2015, they provided the museum with their memories alongside photographs and some carefully guarded objects from their families’ history for this exhibition; a valuable treasure for coming generations.

The last chapter of the exhibition, located on the women’s gallery, investigates the fate of the more than 350 Hessian synagogues in existence in around 1900. What happened to them after the 1938 November Pogroms? It is revealing to find out how former places of worship were converted to residential, commercial or logistic use, or how they were re-dedicated and used by public institutions. Sometimes, only memorial stones commemorate their previous locations. Today, there are 13 synagogues in use as places of worship in all of Hesse. 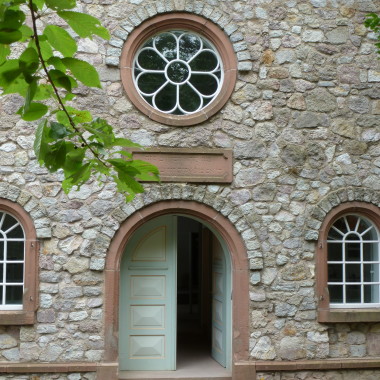