This smock mill from Borsfleth corresponds to the type prevalent in Holland with a gallery around the exterior. Originally, this mill stood in the village of Borsfleth near Glückstadt in Schleswig-Holstein, on the edge of a fleet (canal). There is documentary evidence of a post mill, the predecessor building, erected in the same place in 1634. Since there were only very few windmills of this type in Hesse and none of them could be translocated, but the museum was intended to have a windmill, this mill from Schleswig-Holstein now stands in for its Hesse counterparts.

A man-made mound surrounds the mill’s basement so that the mill was erected in the manner of the Bergholländers, or mountain mills, of Holland. The body consist of a timber-frame construction clad in reeds. The cap sitting on top of it is controlled from the gallery by use of the steert, a V-shaped control beam at the back of the cap. The roof was covered with wood shingles. The common sails are 12 metres long and were rigged with canvas when necessary. This required the miller or his hand to climb the sails, which could be very dangerous in stormy or freezing weather. In high winds the sails were reefed to prevent the wings from turning too quickly. Mills of this type have five floors in their body, which are named according to their function: meal floor, stone floor, spur wheel floor, bin floor (with the sack hoist) and the dust floor at the very top.

The mill, which was decommissioned in 1960, could not remain in its original location, and after a sojourn in store in the Damp 2000 holiday centre on the Baltic Sea, it came to Hessenpark Open Air Museum.

The mill hosts demonstrations of milling. The sails are operated only very occasionally, as the wind conditions are not sufficient in the location in the museum. Instead, the grinding mechanism is run with an electric motor, which was common for mills of this type in lull conditions from about 1900 on. 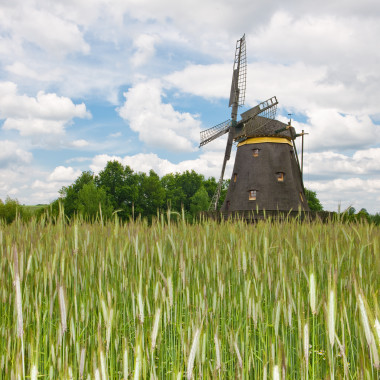 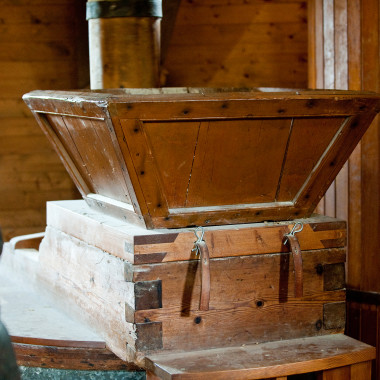