Visitors are given an insight into household chores in around 1928 in the House from Eisemroth. Agriculture, animal husbandry and household chores were not strictly divided on family farms. The farmer’s wife was mainly occupied with food processing and preparation as well as making and washing clothes and linen. Furthermore, she ran the dairy, prepared fodder, did the gardening and helped with the fieldwork.

Fire and water were indispensable for housework, and in the time before electricity, gas and water pipes, their procurement was hard work in itself. Back in 1928, the House from Eisemroth had cold running water and was connected to the electric grid, both of which were somewhat of a luxury in the countryside in those days. Until 1850, food was prepared on an open hearth. This is when more economical kitchen ranges with their enclosed fire, an oven for baking and a tank for a steady supply of hot water began to dominate kitchens.

Maximum self-sufficiency was the watchword of the day. The housewife was responsible for baking bread, making butter and cheese and, in general, prudently keeping the larder stocked. This last task was hard work but crucial for survival. Until about 1820 fruit was dried, meat either salted, smoked or dried to make it last longer. Jam-making became only possible with the advent of sugar refineries, which rendered sugar affordable. Only a few types of fruit were suitable for making concentrated purée, which had a longer shelf-life thanks to its high sugar content. One of the most difficult tasks was preserving vegetables such as white cabbage or green beans in the prevailing conditions of hygiene. This was achieved through lactic fermentation, which involved compacting chopped or sliced vegetables mixed with salt. Newer methods of preservation, such as airtight sealing and boiling in a bain-marie, had been known since the 19th century, but this was disseminated to the rural population only through the efforts of Johann Weck from circa 1900 onwards. Einwecken, the eponymous method of preserving food in jars, became a fixture in rural households. Iceboxes first went on sale in about 1890, but electric refrigerators remained luxury items in rural areas until after the Second World War. 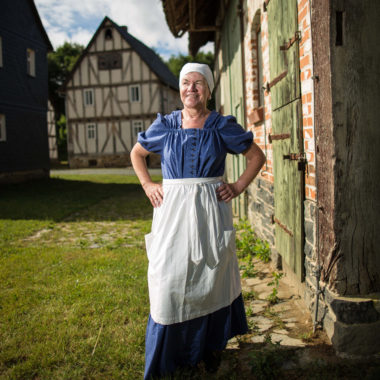 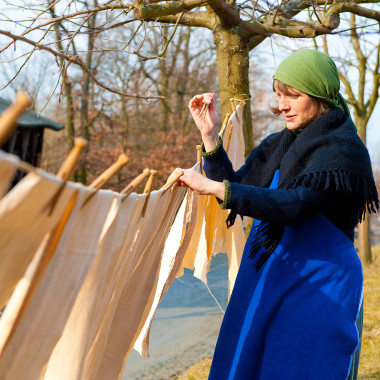