Children can romp around to their hearts’ content on the playground just opposite the Martinsklause. There is a climbing tower with slide, a water playground, a historic bowling alley, a nest swing and an area to play old games such as hopscotch or Chinese skipping. A historic steamroller, a sand pit and a climbing course are all waiting to be discovered by young visitors.

Building a historic playground was never our intention. It would not have made any sense from a historical point of view since, in the past, playgrounds did not exist in rural areas. Instead, we focused on the needs of our younger customers and took care to adhere to the strict modern safety requirements. We think our efforts have paid off. The playground for children up to the age of twelve fills a gap in the museum’s offering and makes the Hessenpark a bit more family friendly.

The playground was made possible by financial support from the patrons of Freilichtmuseum Hessenpark e.V. who initiated a fundraising campaign in autumn 2013 and collected around 30,000 euros to fund the project. We celebrated the opening of the playground in April 2014. 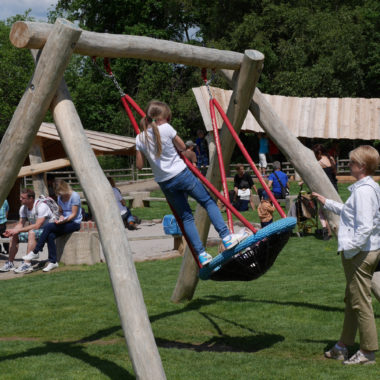 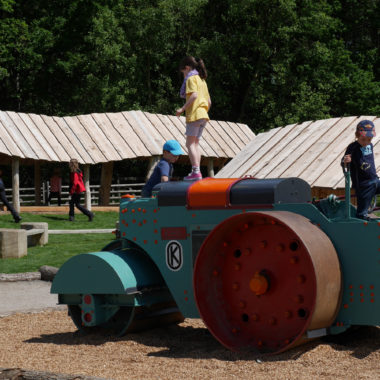 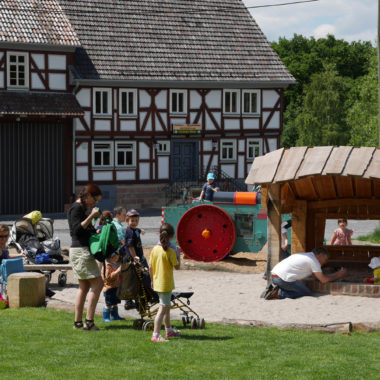