Woollen clothes are warm, sturdy and water-repellent. They can take on up to a third of their own weight in water without losing their warming effect or feeling damp. Shearing was usually done in June. Before spinning, the fleeces have to be scoured and carded. Carding sorts and aligns the fibres. Spinning creates a continuous thread without any knots from the raw wool. Although there were some men who did spin, spinning as part of the domestic rather than commercial production of cloth was women’s and girls’ work. The hand-held spindle is the oldest tool used in spinning. The treadle spinning wheel, which was invented in around 1530, only arrived in rural regions in the course of the 16th and 17th centuries. It has the advantage of both twisting the thread and coiling it around a spool in a single step. But it was not easily transportable, which is why the spindle continued to be used, since it allowed for spinning while watching over grazing animals, for example. Wool was dyed by immersion into plant-based dye baths. To fix the dye, a mordant such as alum was added.

The whole family often participated in home spinning. Alternatively, groups of people met in a spinning room, the assembly and meeting room for the young adults of the village. Song and dance, music making, tale telling and chatting were prominent activities. Future spouses often met here for the first time. 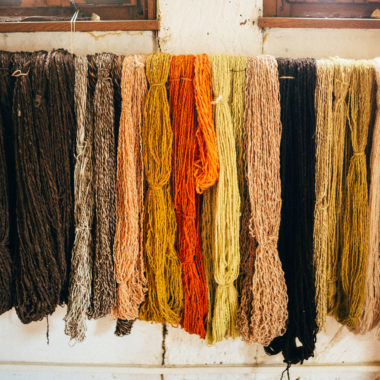 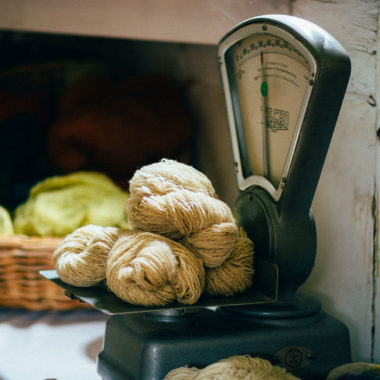