Hammer mills are simple processing machines used in forging metal. They developed as early as the 14th century to replace the forest forges operated near iron ore sources. Their use facilitated significant improvement to iron processing. A water wheel is a necessary technical precondition for exploiting water power, as is a camshaft to translate the rotary movement of the wheel into the bobbing movement of the hammer head (ram). The parts to be hammered are first heated in the forge.

The hammer mill in the Open Air Museum consists in part of elements taken from the Auhammer in Battenberg on the river Eder, decommissioned in 1958. Its first mention in documents begins: We, by the grace of God Ludwig Landgrave of Hesse do hereby certify that we […] have given gracious permission for there to be constructed a metal, rod and claw hammer in our district of Battenberg on the river Eder on the land called Aue (floodplain). In 1873, the Eisenwerk Hasenclever & Sohn ironworks purchased the hammer mill.

The Open Air Museum reconstructed the hammer mill based on contemporary images to its appearance before 1873. The Auhammer features an overshot waterwheel, a drive shaft with a tilt hammer, anvil, forge and bellows. The hammer mill’s water power is supplemented by a small engine. This was common practice in the past, too, whenever the water supply was insufficient. 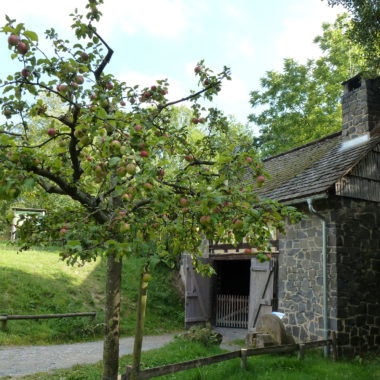 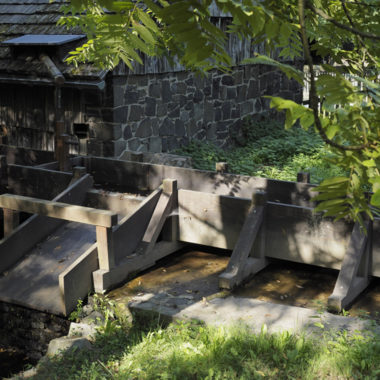