This church was built in 1801, and the only features that set it apart from the surrounding rural dwellings are the ridge turret and the chancel. The timber framework is simple; only the facade with the entrance was given a more elaborate design. In the Open Air Museum, the church has been reassembled with an unusual orientation for a church: the entrance points eastwards, and altar is in the west, just as it was in Ederbringhausen. Usually the chancel points to the east, to Jerusalem.

Only after the Korbach-Frankenberg railway line was completed and trains started servicing Ederbringhausen in 1903 did it become feasible to have fortnightly services. Prior to that time, the Reverend Ramdohr (the vicar of the Parish of Viermünden 1885 to 1929) had to travel to his various churches by horse and trap. Ederbringhausen became an independent parish in 1934. The church fittings were complemented by a baptismal font from 1900 and a cast-iron heating stove. The baroque pulpit of the predecessor church is the only hint of luxury in this otherwise simple edifice which seems almost unfinished, what with its floor of stamped clay and the unpainted pews. A thorough restoration took place in 1954/58. This is the state in which the church is presented in the Open Air Museum today. The original pulpit, the bell and the wooden organ case, however, were transferred to the new church in Ederbringhausen. The church in the Open Air Museum has been fitted with a replica of the pulpit. 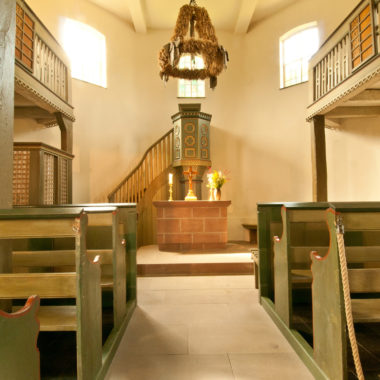 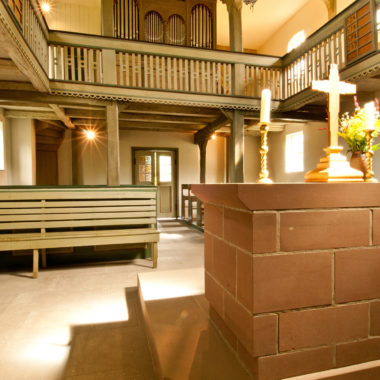 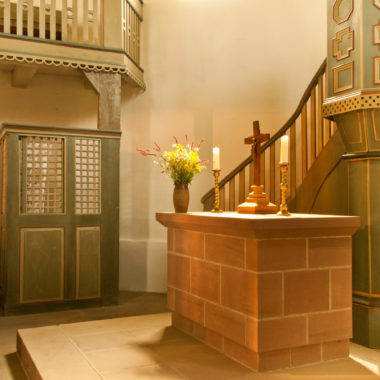